To share your memory on the wall of Ronald Barlow, sign in using one of the following options:

Print
Ronald Barlow of Plumsteadville passed away on Wednesday December 23, 2020 at his home. Ronald was the husband of the late Emma Hofmeister, together they were married for 40 years.

Born in Philadelphia Ron was the son of the late Harry a... Read More
Ronald Barlow of Plumsteadville passed away on Wednesday December 23, 2020 at his home. Ronald was the husband of the late Emma Hofmeister, together they were married for 40 years.

Born in Philadelphia Ron was the son of the late Harry and Margaret Krause.

Ron had served his country in the United States Air Force, and had been employed as a machinist in the tool & die industry. Ron enjoyed crossword puzzles, cryptograms and Nature. He also loved Chocolate cake.

Ron was the brother of Jack Barlow of Canton and uncle of Peggy and Kathrine and Robert.

Ron was preceded in Death by his daughter Linda Barlow-Lockard, Grandson Samuel Barlow, and his Great Grandsons Stephen and Joseph Thompson


A graveside service will be held at 11:00am on Thursday December 31, 2020 at Plumsteadville Cemetery. Social distancing & masks will be required.
Read Less

Receive notifications about information and event scheduling for Ronald

We encourage you to share your most beloved memories of Ronald here, so that the family and other loved ones can always see it. You can upload cherished photographs, or share your favorite stories, and can even comment on those shared by others.

Posted Dec 29, 2020 at 11:59pm
I am a very good friend of Lori. He was most nices person in the world. We used to joke about his big feet and I would call him big foot. He was careing and kind to me. When my dad he wanted to see how I was doing when I talk to Lori. He will be missed dearly. Condolence to the family and especially to Lori and Kia. Love you big foot you will be missed.
Comment Share
Share via: 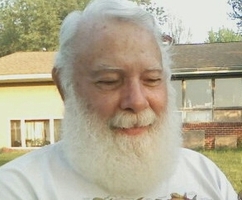