To share your memory on the wall of Mark Ermigiotti, sign in using one of the following options:

Print
Mark Eric Ermigiotti, of Doylestown, passed away on February 24, 2021 at Doylestown Hospital. He was 51.

Born in Doylestown, he was the son of Judith Ermigiotti and Eric (Mary) Ermigiotti.

Mark was a 1987 graduate of Centra... Read More
Mark Eric Ermigiotti, of Doylestown, passed away on February 24, 2021 at Doylestown Hospital. He was 51.

Born in Doylestown, he was the son of Judith Ermigiotti and Eric (Mary) Ermigiotti.

Mark was a 1987 graduate of Central Bucks East High School where he played on the ice hockey team.

In his free time, Mark loved being with his family and especially spending time with his kids. He also loved to see live music, play guitar and loved his Bunny.

In addition to his parents, Mark will be deeply missed by his two sons, Max and Reid Ermigiotti; their mother Kathy; and his brothers Michael (Susan) and Sean (Jordan). Mark was predeceased by his brother, BJ. He will also be missed by his niece, Cassidy; nephews, Julio and James; and his many aunts, uncles, cousins and lifelong friends.

In lieu of flowers, a Go Fund Me page has been set up for donations to support Max and Reid Ermigiotti.

Mark’s services will be private at the request of the family. A celebration of his life will be at a later date.
Read Less

Receive notifications about information and event scheduling for Mark

We encourage you to share your most beloved memories of Mark here, so that the family and other loved ones can always see it. You can upload cherished photographs, or share your favorite stories, and can even comment on those shared by others.

Posted Mar 05, 2021 at 10:18am
I met Mark when I was substitute teacher at CB East. He was so full of life and was always the life of any room he was in. We became workout partners after he graduated and plyed mens league ice hockeytogether for years. We became very good friends and kept in touch often. I can honestly say that Mark was always one of the great people who cared about others. He loved his family and was very proud of his sons. Whenever we got together or ran into one another he was always talking about Max abd Reid. I will miss Mark immensely and the world is a little bit sadder and less humorous without him. Rest in peace my good friend and brother.
Eric Matsinger
Comment Share
Share via:
LE

Posted Mar 03, 2021 at 04:06pm
Sad to hear of Marks passing.
The Cluckey family has long standing fond memories of the Ermigotti family. Grandpop Ken skated with Marks dad Eric.
I think Mark might have played against my son Kevin who goaltended for AB Wood during Marks high school playing days at CB East.

My grandson Jasen skated with Max at CB East, so the shock is shared through many Cluckey years.

Please know we are thinking about your loss and grieve with you.
Ken, Mike and Jasen Cluckey and family.

Posted Mar 02, 2021 at 05:09pm
Mark was always so kind, funny and generous! His smile and sense of humor are in all of my memories, and I will never forget his caring ways. The am heartbroken at the loss, but will carry him with me forever. Life will never be the same without Mark. May his sweet soul rest peacefully ❤️ 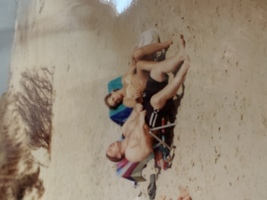 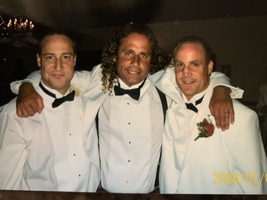 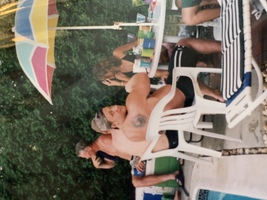