To share your memory on the wall of Chen Lok Lee, sign in using one of the following options:

Blending styles of East and West, Chen Lok Lee’s background as a political refugee from China influenced much of his artistic creations and philosophies. Professor Lee narrowly escaped with his life from Communist forces in China in 1950, and was forced to leave his family behind. He cared deeply about his country and supported the unification of one China under the Nationalist Party. When his life was in jeopardy, his family helped him escape, and he swam towards Hong Kong and was rescued by a boat and eventually taken there. He stayed in Hong Kong for eight years, studying at the prestigious Hong Kong University, and then went on to enter the United States as a political refugee in 1959. He settled in New York City’s Chinatown, and worked his way through the Chinese restaurant business to support himself as a burgeoning artist and learn enough English to establish footing in his new country. He also began to study under some very prominent and contemporary artists. While at the Arts Students League in New York, he worked with George Grosz, Stephen Greene and Robert Hale, along with New York painter Hans Hoffman.

From 1967 - 1970 Chen Lok Lee studied abroad at the Rome Academy in Italy and earned an MFA at the Tyler School of Fine Arts as printmaker, painter and lithography under Romas Viesulas and Richard Callner, the latter with whom Chen Lok Lee later organized the Mantegna Press II in Philadelphia of which he was technical director. While traveling and lecturing in Italy, Professor Lee was involved in a group show at the American Embassy and a one man exhibition at “Gallery 68”, Rome. Lee had developed technical mastery in printmaking and complex imagery with his watercolors and paintings.

In 1973 he was awarded a prestigious fellowship from the Ford Foundation to study at Tamarind Lithographies in New Mexico. He was recognized at an international exhibition in Hong Kong, as invited by Her Majesty’s Service in 1982. In his new adopted hometown of Philadelphia, he was selected to participate in the Mayor’s Commission for Cultural Exchange between Philadelphia and sister city Tianjin, China, from 1986-1987. Throughout his career, he was sponsored by the National Endowment for the Arts for several projects, one of which was as an assistant curator at the University of Michigan.

He continued to be featured and show his work in one-man exhibits and group shows at galleries throughout the United States, including Gallery International in Washington, D.C., Philadelphia’s City Hall, Brandywine Workshop, and The Print Club, also in Philadelphia.

In 1994, he was recognized in Who’s Who Among Asian Americans, a research publication produced by the University of California, Berkeley, for his contributions to social, civic and professional American society. He retired from Moore College of Art and Design in 1995, but continued to privately teach Chinese painting and calligraphy to his devoted students. As an entrepreneur, he later went back into the restaurant business, opening Little Szechuan: Modern Chinese Cooking in Lansdale, Pennsylvania, blending the arts with his cooking and visual creations.

Chen Lok Lee was a loyal and dedicated husband to Linda, whom he met while in Rome. Linda, also an artist and educator, brought Chen home to her family in Bucks County, Pennsylvania, and then married him in 1973. They moved to New Mexico, and then Chicago, before settling back in Pennsylvania where Professor Lee was hired at Moore College of Art and Design.

He was the loving and devoted father to Romana (Cliff), whom they named after the city of Rome where he and Linda first met, son Raymond, and doting grandfather of Hanalee, a naturally talented artist. He raised his children with every devotion and detail, ensuring they had resources, support, guidance and care to grow up well. He sacrificed much to give them a good life and futures they would be proud of. He was very proud of them all.

In the later part of his life, he was able to reunite with the family that he left behind in China, sponsoring them to come to the United States to reunify the family, and did everything he could to make sure that they had everything they needed as well.

Professor Lee leaves behind a legacy of strength, courage, honor and devotion, and touched the lives of all who knew and loved him.

Due to COVID restrictions, a memorial service and internment will take place in 2021 when it is safe to gather together again.

In lieu of flowers, donations made in Professor Chen Lok Lee's memory may be sent to the Philadelphia Chinatown Development Corporation and the Asian Arts Initiative.

Receive notifications about information and event scheduling for Chen Lok

We encourage you to share your most beloved memories of Chen Lok here, so that the family and other loved ones can always see it. You can upload cherished photographs, or share your favorite stories, and can even comment on those shared by others.

Posted Dec 20, 2020 at 05:14pm
Our deepest condolences Linda and family. We have the warmest memories of seeing Chen at church--he was always so kind and interested in what the kids were up to.
Love,
Carrie Romeo, Lucy, Ruby, and Beck Toledo
Comment Share
Share via:
KL 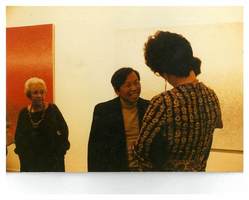 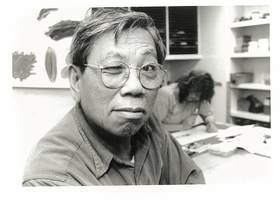 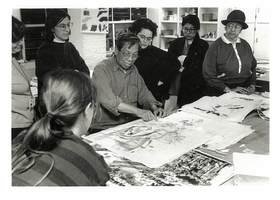