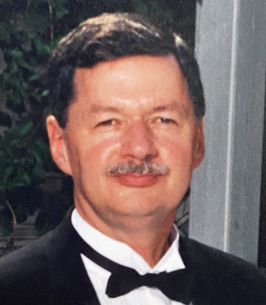 Stephen was the loving husband of Jane (Vrabel) Urban. The couple celebrated 63 years of marriage.

Born in Philadelphia, he was a son of the late Stephen J. and Marie Urban.

Stephen began working as an electrical engineer in 1958 after earning his bachelor’s and master’s degrees in electrical engineering at Lehigh University. He began his 45 -year career at Philco-Ford, a state-of-the-art engineering and defense company. There, he helped design vital encryption algorithms for communications systems. In the late 70s he worked on similar projects at Fairchild Camera and Instrument before joining Delta Information Systems in 1980. As Vice President at Delta, he made major impacts in telecommunications. Known as “Mr. Fax,” Stephen co-chaired international meetings for establishing fax standards, going on to author a respected book on the topic. He also established a video communications testing group that would be spun off into a successful company, Touchstone Technologies.

After retirement, he enjoyed model trains, his animals, gardening, photography, bowling and golf. He was a meticulous craftsman who used his woodworking skills to build and restore countless pieces of fine furniture. He especially enjoyed building and flying RC planes and was a member and treasurer of the Bucks County Radio Control Club.

His greatest enjoyment in life came from spending time with his family and watching his grandchildren grow up.

He was predeceased by his brothers Paul and David Urban. Along with his wife Jane, he is survived by his sons Greg (Lucie) of Ambler and Neil (Julie) of North Wales as well as his beloved grandchildren Emily, Joseph, and Olivia Urban.

Stephen’s memorial service will be held at a future date.