To share your memory on the wall of Richard D\'Amico, sign in using one of the following options:

Print
Richard A. D’Amico, of Horsham, passed away unexpectedly on Tuesday, December 8th, 2020. He was 65.

Richard was the loving husband of Colette D’Amico. The couple celebrated their 43rd wedding anniversary in October of this year.
Richard A. D’Amico, of Horsham, passed away unexpectedly on Tuesday, December 8th, 2020. He was 65.

Richard was the loving husband of Colette D’Amico. The couple celebrated their 43rd wedding anniversary in October of this year.

Born in Englewood, NJ, he was the son of Rose and the late Robert “Albert” D’Amico.

Richard was employed as the Vice President of Leadership and Competence Development for IKEA. He later established his own executive coach and consulting agency.

In his free time, Richard enjoyed caring for his family: especially his grandchildren, reading, and gardening.

In addition to his wife and mother, Richard will be deeply missed by his son, Michael D’Amico; his two daughters, Karin D’Amico, Kate D’Amico; two grandchildren, Nicholas, Lucas; and his two sisters, Lorraine Mackey (Richard), and Joanne Cataneo.

Due to COVID-19 restrictions, Richard’s services will be held privately at the convenience of the family at Shelly Funeral Home, Warrington.

Receive notifications about information and event scheduling for Richard

We encourage you to share your most beloved memories of Richard here, so that the family and other loved ones can always see it. You can upload cherished photographs, or share your favorite stories, and can even comment on those shared by others.

Posted Jan 03, 2021 at 08:12pm
Our Thoughts and Prayers are with you. We want you to know how much of an impact Rich made on the PSPS coaching community. Our Heartfelt Condolences...

3 trees were planted in the memory of Richard D'Amico

Posted Feb 11, 2021 at 01:20pm
Dad, not a day goes by that I don’t think about you. I was blessed to have you. You are my hero. I will carry you in my heart forever. I can’t even express just how much you are missed. My heart is truly heavy. I love you forever, Daddy! I look forward to seeing you again someday but until then please Rest In Peace. ❤️💔😘
Comment Share
Share via:
LC

I had the pleasure to work with Rich for over 20 years. He was a truly exceptional person, and his legacy will never be forgotten. I am a better person for having known him. You have my deepest sympathy.

Posted Dec 20, 2020 at 10:46am
Colette, we were shocked and saddened to hear of the loss of your dear husband, Rich. Please know that you and your family will be in our thoughts and prayers. We hope that all the wonderful memories you have of Rich will bring you some peace and comfort at this sad time. With our deepest sympathy, Louise and Chuck
Comment Share
Share via:

Posted Dec 18, 2020 at 09:12pm
Rich you will be missed, thank you for investing in me, for mentoring me, for showing so much care and love, the legacy you leave is large, I commit my life too coaching and will build on all that you taught me, today I passed my CKA and you are the first person I wanted to tell after my wife. I am telling you in spirit and I think you know. My sincere condolences to you family. You live on in them and all those you touched. Tony Gilotte
Comment Share
Share via: 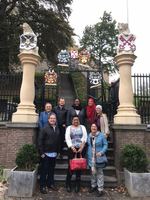 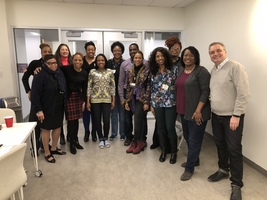 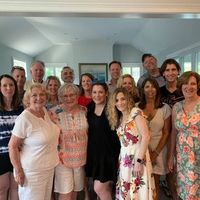