To share your memory on the wall of Pauline Deeney, sign in using one of the following options:

Beloved wife of Joseph L. Deeney together they shared 55 years of marriage.

Pauline attended West Catholic H.S. and Rosemont College. For a brief period she was enrolled in the Holy Child Convent Postulancy.

Pauline had worked in the airline industry for 17 years at TWA and 5 years teaching a travel program at The American Business Institute of Philadelphia. This was followed by 20 years in the Food Industry as a Food Caterer and a Food Broker.

Her passions were cooking & baking, traveling, entertaining, and quality time spent with her husband and family. She always enjoyed visits and had made many memories at the South NJ shore points with Joe and her family.

In addition to her husband Pauline is survived by her daughter Jeanine Deeney Hendrie. (John)

She is also survived by her Grandchildren Paige Anton (Jon), Lance Hendrie, and Reese Hendrie.

She was preceded in death by her brother and sister Leo I. Quinn Jr. (Patricia) and Barbara Smith (James).

Relatives and friends are invited to attend her Funeral Mass that will be celebrated at 11:00am on Tuesday, January 26, 2021 at St. Robert Bellarmine Catholic Church 856 Euclid Ave. Warrington. Internment will follow in Saint John Neumann Cemetery.
The family will receive friends at the church from 9:30 AM until the time of Mass.

Receive notifications about information and event scheduling for Pauline

We encourage you to share your most beloved memories of Pauline here, so that the family and other loved ones can always see it. You can upload cherished photographs, or share your favorite stories, and can even comment on those shared by others.

Posted Jan 29, 2021 at 08:14pm
A Litany of Remembrance
By Sylvan Kamens and Jack Riemer in Gates of Prayer

I shall remember Pauline every day, just as I remember Mrs. Quinn, Mom and Dad, Aunt Butsy and Uncle George, and all of the loved ones who live on in my heart. And I'll remember you, Joe and Jeanine, as you cling to your own cherished memories of Pauline. I love you and share in your grief. xoxox
Comment Share
Share via:
CD

Posted Jan 21, 2021 at 01:52pm
I am so sorry to hear Pauline lost her battle with her health issues. She was such a beautiful and sweet person. I know too well no words can ease your suffering, but know my heart and prayers are with you and your family. Love, Cheryl
Comment Share
Share via:
AB 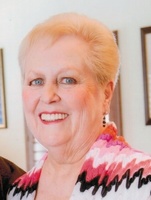 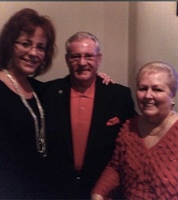 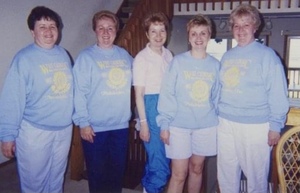 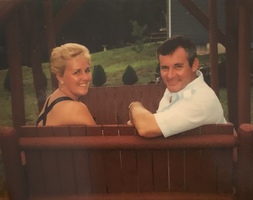