To share your memory on the wall of Michael Lamond, sign in using one of the following options:

Print
Michael W. Lamond, Sr., of Hatboro passed away on Friday, June 11, 2021 at Abington Jefferson Hospice in Warminster. He was 72 years old.

Born in Philadelphia Michael was the son of the late William and Margarete E. (Thompson) Lamond.
Michael W. Lamond, Sr., of Hatboro passed away on Friday, June 11, 2021 at Abington Jefferson Hospice in Warminster. He was 72 years old.

Born in Philadelphia Michael was the son of the late William and Margarete E. (Thompson) Lamond.

Michael was the father of Michael W., Jr. (Jennifer) and William Charles Lamond (Jamie). He was the brother of Kathleen Smith (Carl), Timothy and William Lamond (Melinda). Michael is also survived by his grandchildren Olivia, Michael, Grayson, Charley, and Elle, and his longtime companion of 27 years Carol Manns.

Michael was United States Marine who was a Veteran of the Vietnam War. He was awarded 2 Purple Heart Medal’s for his service.

Michael enjoyed spending time with his family. He enjoyed restoring antique automobiles. He was an avid hunter. Michael especially enjoyed deer and pheasant hunting alongside his German Shorthaired Pointers. He also had a hobby of gold panning in Alaska.

He was a member of the Willow Grove VFW, a former member of The Time Bandits Car Club of Hatboro, and a member of Carpenters Local Union #1595 (retired)

The family will receive friends on Thursday June 17, 2021 from 10:00am-12:00non at the Shelly Funeral Home 1460 Easton Road. Warrington, Pa. Interment with Military Honors will be held privately.

In lieu of flowers, donations would be appreciated in his name to the Unite for Her via their website. Your donations will provide healing services to women recovering from Breast Cancer. www.uniteforher.org/donate or mail to 127 E. Chestnut Street, West Chester, PA., 19380
Read Less

Receive notifications about information and event scheduling for Michael

We encourage you to share your most beloved memories of Michael here, so that the family and other loved ones can always see it. You can upload cherished photographs, or share your favorite stories, and can even comment on those shared by others. 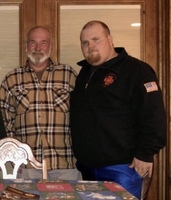 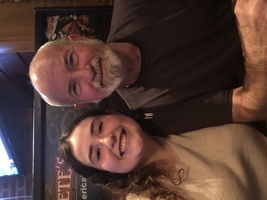 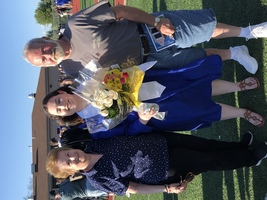