Obituary for Karin A. D'Amico 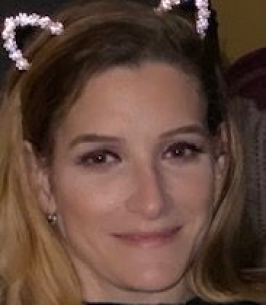 Karin A. D’Amico, of Horsham Twp., passed away unexpectedly on Wednesday, February 16, 2022 at her residence. She was 42.

Born in Teaneck, NJ, she was a daughter of Colette and the late Richard A. D’Amico.

Karin was a parishioner of St. Catherine of Siena Catholic Church in Horsham.

Karin was a fighter. Small but mighty, she had a strength that went even beyond her own recognition at times. She was passionate and fierce, and she was filled with a love that was felt by anyone who was lucky enough to know her. Karin was an animal enthusiast and expressed herself best through fashion and beauty. Her greatest enjoyment in life came from spending time with her family and friends.

In addition to her mother Colette, Karin will be deeply missed by her twin sister, Kate D’Amico; her brother, Michael D’Amico; and her two lovable nephews, Nicholas and Lucas.

Karin's services will be held privately at the convenience of the family.