To share your memory on the wall of John Becker, sign in using one of the following options:

John was the loving husband of the late Suellen F. Becker, who passed away in 2014.

Born in Philadelphia, he was a son o... Read More
John C. Becker, of Warminster, passed away on Thursday, January 7, 2021 at his residence. He was 77.

John was the loving husband of the late Suellen F. Becker, who passed away in 2014.

Born in Philadelphia, he was a son of the late Cuthbert C. and Eva Becker and brother of the late Cuthbert Becker. John was preceded in death by his daughter, Patricia “Patty” Christine Becker and is survived by his three sons, John Jr. (Valerie), Keith (Anne) and Michael (Christina) Becker. John is also survived by his eight grandsons, Conor, Keith, Sean, Matthew, Samuel, Luke, Matthew and Kellan. John is also survived by many cousins, nieces, and nephews.

John served his country proudly as a Veteran of the U.S. Army.

John enjoyed spending time with his family, his dogs and watching old television shows and movies. John held a Black Belt in Karate and ran his own Karate School during the time he served as a K-9 Police Officer in Philadelphia. John received numerous Commendations during his law enforcement career. John left the police department when he and his family moved to Bucks County from the city. John then began a long career in the Real Estate field, retiring after many years as one of the area’s best-known real estate instructors.

Family will receive friends from 10:00 to 11:00 AM on Thursday, January 14, 2021 at the Shelly Funeral Home, 146 Easton Rd., Warrington, PA 18976. A private memorial service and interment will be held. Due to Coronavirus restrictions, guest will be asked to exit the property after greeting the family to allow for others to arrive.

In lieu of flowers, memorial contributions in John’s memory may be made to Home At Last Dog Rescue: https://homeatlastdogrescue.com/
Read Less

Receive notifications about information and event scheduling for John

We encourage you to share your most beloved memories of John here, so that the family and other loved ones can always see it. You can upload cherished photographs, or share your favorite stories, and can even comment on those shared by others. 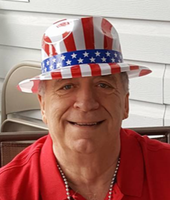