To share your memory on the wall of George Peller, sign in using one of the following options:

Print
George Peller, Jr., of Warrington, passed away on Friday, December 4, 2020 at Doylestown Hospital with his wife by his side. He was 73 years old.

George was the beloved husband of Catherine A. Peller. The ... Read More
George Peller, Jr., of Warrington, passed away on Friday, December 4, 2020 at Doylestown Hospital with his wife by his side. He was 73 years old.

George was the beloved husband of Catherine A. Peller. The couple celebrated their 44th wedding anniversary in March.

Born in Philadelphia, he was the son of the late Catherine L. and George Peller, Sr.

George proudly served his country in the U.S. Navy from 1968 to 1970. Following his service, he graduated from La Salle University in 1973 and worked for the PLCB for 35 years.


George was a parishioner of St. Robert Bellarmine in Warrington, PA.

In his free time, George enjoyed travel, theater, and most of all, spending time with his family, especially his grandchildren.

A Funeral Mass will be celebrated on Wednesday, December 9, 2020 at 11:00 AM at St. Robert Bellarmine Catholic Church, 856 Euclid Ave., Warrington, PA 18976. Family will receive friends from 10:00 AM until the time of the Mass. Interment will be private at the convenience of the family.

In lieu of flowers, memorial contributions in George’s memory may be made to the Navy-Marine Corps Relief Society, Attn: Development, 875 N. Randolph St. Suite 225, Arlington, VA 22203 or online at https://support.nmcrs.org/a/homepage
Read Less

Receive notifications about information and event scheduling for George

We encourage you to share your most beloved memories of George here, so that the family and other loved ones can always see it. You can upload cherished photographs, or share your favorite stories, and can even comment on those shared by others.

Posted Dec 14, 2020 at 06:13pm
My condolences to the family of George Peller.
George and I started our careers with the PLCB at the same time. Our careers were parallel, his in the east and mine in the west.
Like George, I proudly served in service to our country, his in the Navy and mine in the Air Force. I know he will be missed.
With sorrow,
Joe Molhoek
Comment Share
Share via:

Posted Dec 08, 2020 at 10:16am
My late husband Don Piper served in the navy with Jim and George. Oh the stories I heard! While Don did not relish his time afloat, what he DID relish, and always treasured, were the friends he made during his time in the service. George was, of course very much a part of Don’s treasured memories of that time in their lives, and I am very sad to hear of his illness and passing, and send my prayers to all of the family in hopes that in time the pain will ease, as it has for the Piper family, and treasured memories will bring solace.
Lyn Piper 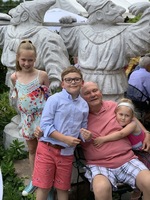 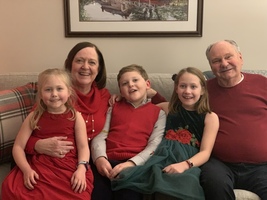