To share your memory on the wall of Daniel Snyder, sign in using one of the following options:

Print
Daniel R. Snyder of Warrington formerly of Mechanicsville passed away on Tuesday March 23rd 2021 at Christ’s Home in Warminster. Dan was 85.

Born in Cranford, NJ Dan was the son of the late Donald and Else (Larsen) Snyder.

... Read More
Daniel R. Snyder of Warrington formerly of Mechanicsville passed away on Tuesday March 23rd 2021 at Christ’s Home in Warminster. Dan was 85.

Born in Cranford, NJ Dan was the son of the late Donald and Else (Larsen) Snyder.

Dan was the loving husband of Patricia P. (Powelson) Snyder. Together they shared 38 years of marriage.

Dan graduated from Penn State University with a Bachelor of Science degree in Aeronautical Engineering.

A US Naval Veteran, Dan retired as Captain from the US Naval Reserve.

He was employed with the Naval Air Propulsion Center in Trenton, NJ, where he retired as Senior Manager. Dan also worked as a Certified Financial Planner and Estate Administration Legal Assistant with Antheil Maslow & MacMinn, LLP in Doylestown, PA.

Together he and Pat enjoyed entertaining and cruising the Chesapeake Bay on their aft cabin Motor Yacht, “R Turn”, and also toured the United State in their RV “Land Yacht”, which also served as their winter home in Fort Myers, FL.

Services and Internment will be held at a later date.

Receive notifications about information and event scheduling for Daniel

We encourage you to share your most beloved memories of Daniel here, so that the family and other loved ones can always see it. You can upload cherished photographs, or share your favorite stories, and can even comment on those shared by others.

Posted Apr 05, 2021 at 09:36am
Sending my deepest condolences to the family. Dan was my supervisor at NAPC back in the late 1980s, but I knew him more as a treasured co-worker and friend. If you knew Dan, you'd carry nothing but wonderful memories of him going forward. Although I'm in a different part of the country now, we were in touch briefly a few years ago, when my son passed away, and I'm so glad we were! Fair winds and following seas, Dan!
Comment Share
Share via:
NL 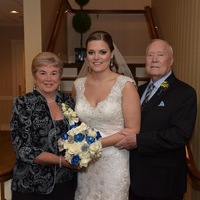 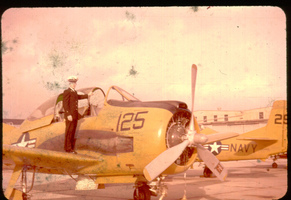 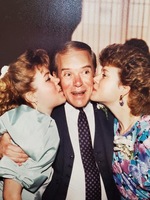