To share your memory on the wall of Charles Stratton, sign in using one of the following options:

Charles Theodore “Ted” Stratton, a long-time resident of Doylestown, PA passed away on October 14, 2020, at Country Meadows Retirement Community in Allentown. Ted was 91 years old. He was the husband of Barbara Stratton (née Miller) and was married to his first wife Elaine Dorothy Stratton for thirty-four years until she passed away in 2001.

Born on February 4, 1929, in Morristown, New Jersey, Ted was the son of the late John Theodore and Alicia Stratton. He was an exceptional athlete who joined the Navy after graduating from Ridgewood High School. After his service, Ted was a student at Colgate University; he recounted many times how grateful he was for the G.I. Bill, which enabled him to attend college. Ted was star quarterback for the Colgate Red Raiders, a letter-winner in 1949, 1950, 1951, and he looked set for a professional football career with the Baltimore Colts. Injuries from a car accident ended that opportunity, but Ted believed fate had done him a favor: “If I had played pro ball, I never would have met your mother,” was how he summed up that change of path. After college, he was employed by Giles and Ransome as a salesman of Caterpillar equipment, a job he greatly enjoyed and that suited his gregarious personality. “If it’s not a “Cat”, it’s a dog” was his catch-phrase. For Ted, the customer always came first; this made him a top salesman for Giles and Ransome throughout his career, and he enjoyed the respect of his many long-term customers. He was particularly proud to have had clients for three generations-- “continuity of territory” resulted in continuity of friendship with those families, which meant a lot to him.

Ted was a keen golfer and an enthusiastic member of the Doylestown Country Club where he served as men’s golf chairman for a time. He also enjoyed tennis, playing competitive doubles with his wife Elaine at the Doylestown Racquet Club. He relished the challenge of a tough crossword puzzle and did one daily; a habit picked up from his wordsmith father and shared with his brother Joe Stratton. Ted was a sports fan as well as an athlete, particularly of football and golf. He liked a convivial glass of chardonnay, was sharp-witted, and was a master at joshing family, friends, and soon-to-be friends. He was generous to a fault, kind, and a great believer in fair play. Ted was an active member of New Britain Baptist Church and continued his Bible studies with the Baptist church in Dunnellon, Florida.

In addition to his second wife Barbara, Ted is survived by his daughters Karen Lee Street (Darren Hill) of Newcastle, Australia; Victoria Lynn Sando (Takashi) of New York City; Tara Leigh Stratton of Jackson, Wyoming; and Kelly Lynne Stratton (Hayden Janssen) of Doylestown; his sister Judith James; and his grandchildren Naomi and Marcus Sando. He is also survived by many nieces, nephews, and their children.

He is preceded in death by his wife Elaine, his sister Alicia Wayland and his brothers Joseph and Wayne Stratton.

Services for Ted will be announced at a later date.


In lieu of flowers, donations may be made to Meals on Wheels
Read Less

Receive notifications about information and event scheduling for Charles

We encourage you to share your most beloved memories of Charles here, so that the family and other loved ones can always see it. You can upload cherished photographs, or share your favorite stories, and can even comment on those shared by others.

Posted Oct 25, 2020 at 10:17am
Ted was a great friend, When he moved from New Hope/area Pa to Doylestown he asked me to help. It was a day for the ages. After Loading the moving truck we had one last thing to get all the geese together and put them in a pen for relocation to new home. The couldn't fly but could run like the wind. We chanced them for almost two hours. Finally got them all. We head to Doylestown. Decided we could use a drink. So stopped by Doylestown Country Club. Well,one lead to two and three. Well, you get the point we got hammered. For a reason I can never remember. went to the truck to check on the Geese. Thought I would bring the biggest one back into the club to see all. Ted and I sat at the Bar and the Goose was under my arm on my lap. Everything was good until People started coming for Dinner and the Goose was not happy. Honking and flapping making such a fuss. Then the un thinkable he started to make droppings. Well I quickly grabbed a paper napkin and the rest will remain untold.

When we finally got to the new house his lovely wife was not too happy. But that was Ted and wonderful Man and I will always have the memories and stories we shared. God Bless him and his Family. Jim Doyle
Comment Share
Share via:
KS

Oh Jimmy! I am so happy you posted this story. We ALL remember this one and retell it all the time. Classic move by you both. I specifically remember you mentioning that our goose, whose name was "Mr. T" by the way, getting very cuddly with you (I think you may have brought in some duck food with you). You actually said he was nuzzling your neck at one point! Figures you would go to help a friend and end up with much more than you bargained for: a romantic goose encounter! Rarely have I seen my dad laugh as hard as he did that night. You and Mr. T at the DTC are legends in our family. Thank you so much and I hope you are well :-) xo, Kelly Stratton 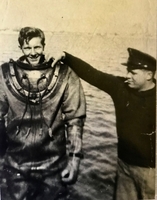 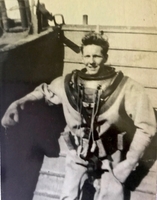 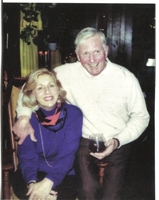